Most sports collectibles today are geared at the adult fan. But that doesn't mean there aren't some great gift ideas for young sports fans. From toys and games to cards and decorations, there are plenty of things to get kids this holiday season.

Here are some of our favorites, all of which are readily available for $80 or less, and in many cases much lower.

LEGO is one of the all-time classic gifts. They let kids build, play and create. Until recently, there hasn't been a lot of LEGO-related items for sports fans. Enter Oyo minifigures, an ambitious line of MLB, NFL and NHL toys. Unlike a lot of lines of sports figures, OYOs reach deep into team rosters to feature options for non-star players.

Oyo figures are very similar to the immensely popular LEGO figures. The differences are subtle. They're the same size, their feet will fit with LEGO sets, they have that same smile. But the big draw is that they are made for real players.

All MLB teams have Oyo figures. In fact, you could field an entire starting lineup for most franchises. While the look is fairly basic, they each come with a personalized jersey complete with team logo, number and name. You can also buy generic players that don't have a name or number.

Football Oyo minifigures follow a similar approach with the generic faces and custom jerseys. Besides the NFL, NCAA teams can also be purchased. In addition, the NHL is the latest league to partner with OYO. Like football and baseball, the player rosters are big. Even team zambonis are getting in on the action.

Individual Oyo minifigures can be found for $10 to $15. Special edition figures and playsets do run higher.

Shop for Oyo minifigures on eBay. 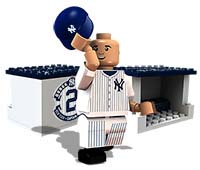 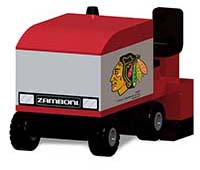 Want your kids dreaming of their favorite players and teams? Send them to bed with plush toys from Bleacher Creatures. The company makes a ton of novelty toys for kids, including capes, tiaras and stuffed cheerleaders. But the real standouts are their lines of plush puppets and player recreations.

The lines cover most of the major professional sports as well as select college teams. They are designed to give players a cartoon likeness. They also come in a full uniform, complete with logos. Plush players are issued in three sizes: 7", 10" and 14", all of which are available for under $25. Most top superstars have a stuffed toy. Hand puppets are much more limited as far as player selection goes. Several mascots have puppets too.

Shop for Bleacher Creatures puppets and plush figures on eBay. 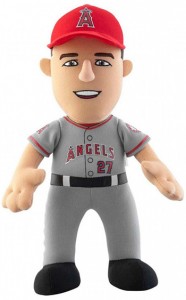 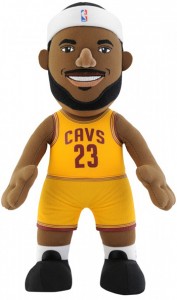 Posters have always been a favorite way to deck out the bedroom of a sports fan. They still are. But new technology has made the idea even better. Fathead has a whole line of products for sports fans, most of which are removable wall decals.

They come in a variety of forms and styles, but the most popular for the young sports fan are bound to be the die-cut player cutouts. Life-sized wall stickers are available for players and logos from MLB, NFL, NBA, NHL, MLS, NCAA, NASCAR, WWE and more.

Fathead also reaches beyond sports and into pop culture for things like superheroes, Star Wars, Disney, video games and various movies and shows. You can even have your own custom Fatheads made.

Shop for popular Fatheads on Fanatics. 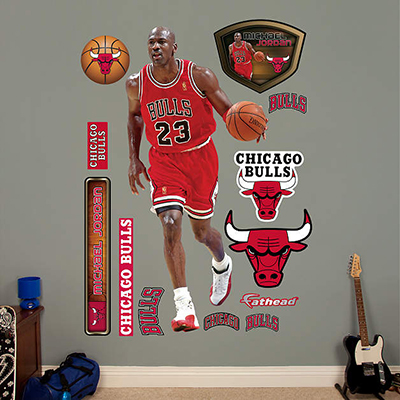 Many of today's card collectors got started with sticker albums. For years, Topps and Panini have been producing stickers for baseball, basketball, football and hockey. Stickers offer the same benefits as cards, but they're a lot more straightforward than most sports card sets. And cheaper.

The idea is simple. Buy an album for a dollar or two. Then you buy packs of stickers, usually for a dollar or less, and fill the album. Panini even has a mail-away offer where collectors can order the last few stickers they need for a reasonable price.

Shop for sports stickers on eBay: 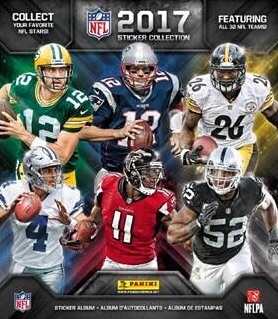 Of course, cards offer a classic gift for kids who like sports. Here are a few sets aimed at younger collectors:

Topps Opening Day - Very similar in design to the base 2017 Topps Baseball set, 2017 Opening Day is much cheaper. Inserts include mascots and ballpark food cards. Autographs are very tough to come by, but they're in there, too.

Donruss Football Factory Sets - The 2017 Donruss Football Complete Set comes with all 400 cards. No ripping packs or missing cards. It's convenient, reasonably priced and loaded with rookies. The sets also have one exclusive rookie jersey relic card not found anywhere else.

Got a Future Star in the family? Over the past couple of years, Topps has begun to produce more shirts and other apparel. 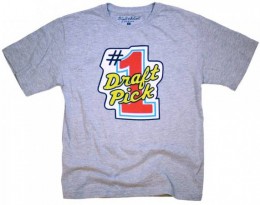 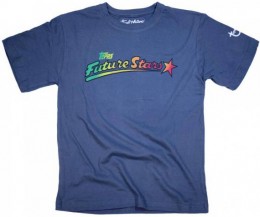 There are also larger cards and wall art great for display, plus customizable cards.