Much more than just a gun, Funko Pop Iron Giant features the space robot from the acclaimed film The Iron Giant.

Funko Pop Iron Giant offers collectors a few Pop! Movies figures for the metal hero voiced by Vin Diesel. The main vinyl highlights his body with great detail, including bolts on the Iron Giant's chest plate. Although very similar with the pose and neon green eyes, the second choice for the Iron Giant is also holding a red car with his human best friend, Hogarth Hughes.

A virtually identical figure for The Iron Giant is part of the Funko Pop Ready Player One set.

In 1999, the Warner Bros. animated film landed in movie theaters, capturing the hearts of both the young and old. Since then, The Iron Giant has become a cult classic with a loyal fanbase. And, for those who wish to try their hand at finding another (even smaller) figure, Funko Sci-Fi Mystery Minis Series 2 includes the Iron Giant at a rate of 1:24 boxes. 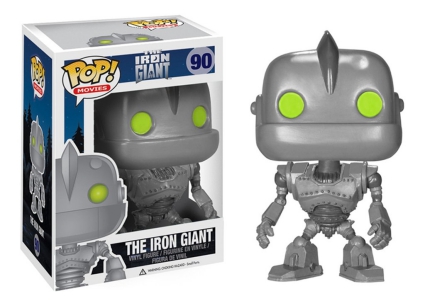 244 The Iron Giant with Car 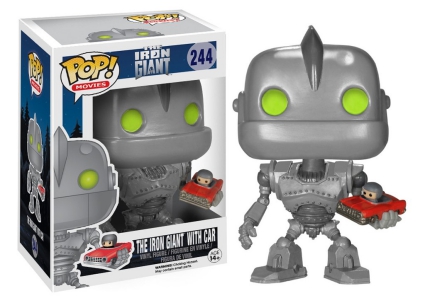 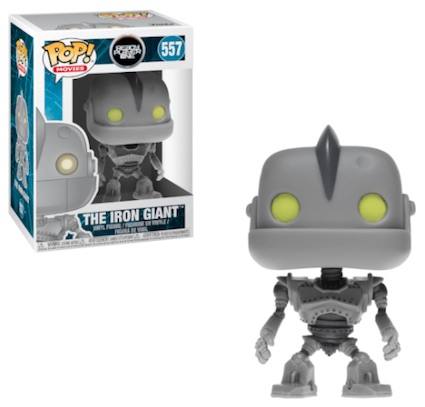