The 12-card set is issued in sealed packs at Denny's locations. Each pack contains two cards and two coupons, with one being for Topps Star Wars cards and autographs, and the other good for food at Denny's. 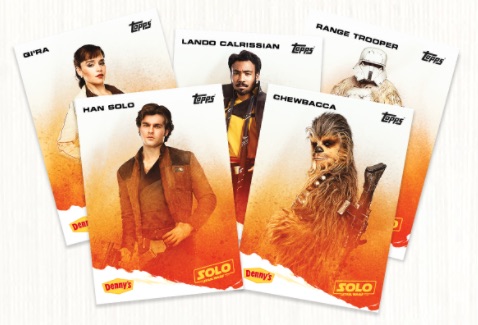 While there are not any inserts or hits to chase, the Topps Denny's Solo Star Wars checklist includes rare Foil parallels, like the one shown below for Han, at a tough 1:100 packs. 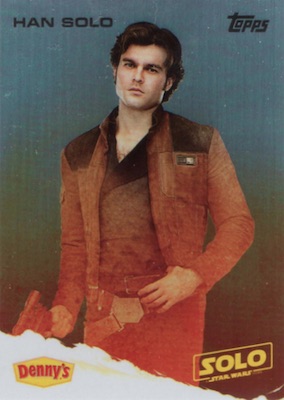 Obviously, card fronts are for character images, but another fun aspect of the set is the fact that card backs can be combined to form larger images. The first six cards show the Millennium Falcon and the other half of the set displays a Tie Starfighter. 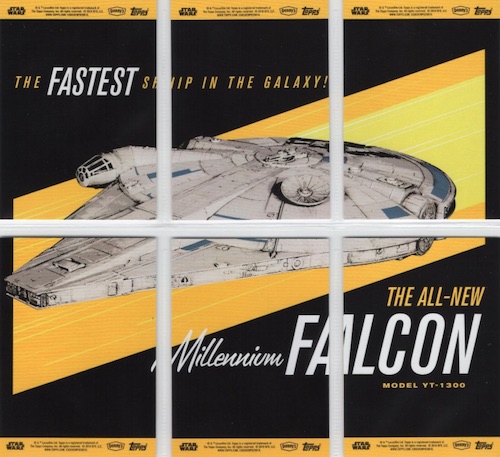 Available with purchase for $3 per pack, fans can feel even better about the price since a minimum of $1.75 from every pack goes to No Kid Hungry, a charity dedicated to helping children in need. There is a limit of four packs per person (per visit).

Although the promo started in April, the official end date is June 25, 2018, or as supplies last. Solo: A Star Wars Story hits theaters on May 25. Topps has a full Solo card set due out around the same time. Collectors can also find a Funko Pop Solo figure line. 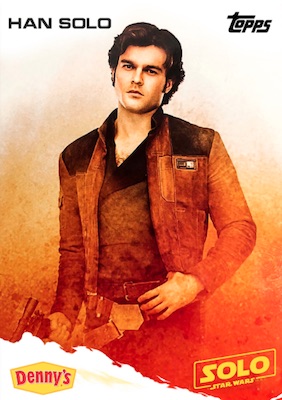