Al Kaline was one of the best five-tool players in Major League Baseball throughout his two-decade-long career. "Mr. Tiger" won several Gold Gloves, an American League batting title, and he had multiple top-five finishes in the American League across most batting categories. Although his skills on the field were legendary with fans in the Motor City, collectors everywhere should take note of the top Al Kaline cards listed below.

The Al Kaline rookie card was issued in 1954 Topps after he spent the last part of the '53 season manning the outfield for the Detroit Tigers. His career took off in 1955 when he won the American League batting title with a .340 mark and finished near the top for two other Triple Crown statistics. The Hall of Fame outfielder ended his career with more than 3,000 hits and helped the Tigers win their third World Series pennant in franchise history (1968).

Kaline's early cards were featured in some of the most iconic baseball card sets, such as 1954 Topps and 1955 Bowman. Building on that fact, card companies have continued to include Kaline in modern products, which has helped introduce him to newer generations. This Al Kaline list features some of the definitive cards of "Mr. Tiger" that vintage and modern fans will want to add to their collections.

Do you have any other favorites? Let us know in the comments.

Click on the card titles to shop for specific cards on eBay. Bolded sets or player names go straight to detailed profiles.

The first Al Kaline memorabilia card appeared in 2000 Upper Deck Gold Reserve. This game-used bat relic card comes from the Piece of History continuation line, which was inserted across multiple products and featured players that reached the elite career milestone. Although the card doesn't pop up too often, he has many other memorabilia cards since then. 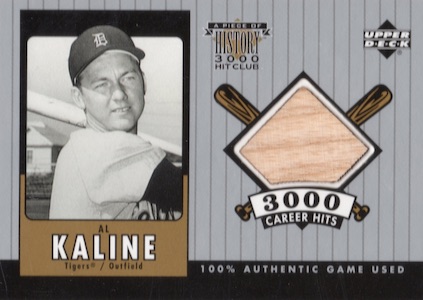 The 1974 Topps Al Kaline card was the Hall of Famer's last regular-issue Topps card. He did appear in 1975 Topps, but was only in the Highlights subset for reaching his 3,000th hit during the previous season. The '74 Topps card has always been a unique card for Kaline collectors due to the fact that it is one of the few to show him playing in the field. The photograph on the card not only showcases a defensive stance, but he is also at first base rather than his customary spot in right field. 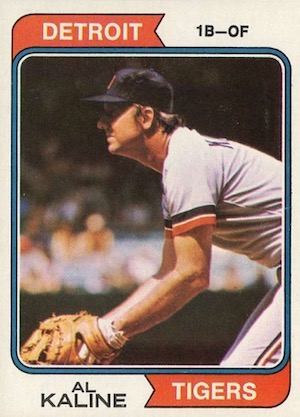 Sports Illustrated Greats of the Game is home to the best of the early Al Kaline autographs. The iconic per-pack autograph set from Fleer features a strong checklist, a classic design using prior Sports Illustrated covers, and ample space at the bottom for signers to provide clear signatures. The Kaline card does not disappoint, featuring an SI cover of Kaline's trademark swing and his on-card autograph. 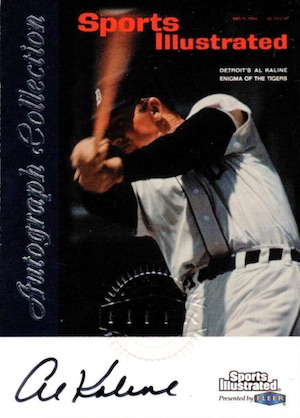 Kaline was featured on two Exhibits cards over the twenty years that the Exhibit Supply Company of Chicago issued these black-and-white, postcard-style photographs. One of the variations includes him in a generic baseball uniform with his hat turned around, while the other more popular Exhibits card presents Kaline wearing the classic Tigers home uniform. 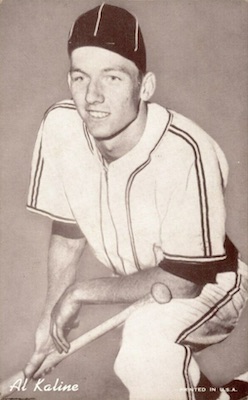 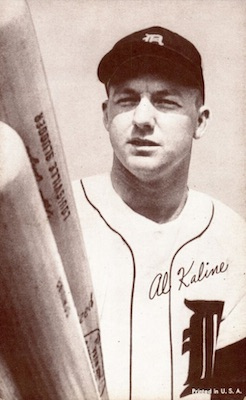 1964 Topps offered some great multi-player cards, including this gem picturing Kaline with teammate Norm Cash and Yankee sluggers Roger Maris and Mickey Mantle. Multiple Hall of Fame players on one card with two other stars makes this card a real winner. While many baseball fans from the 1960s feel like Al Kaline was often under-appreciated, Topps did a great job of getting him on a card with a legend like Mickey Mantle. 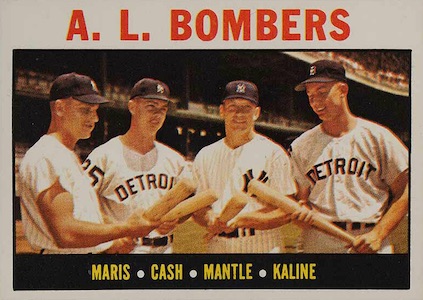 The 1955 Doubleheader set was Topps' first trial with launching a brand outside of their flagship baseball release. The cards were sold in penny packs with the customary slab of gum. However, they stand out because a perforation in the card near the top half allowed collectors to fold their cards over to see another player featured on the back. When the cards were folded over, the player on the back of the card would share their lower legs and feet with the player on the front. The back of the cards also includes the stat lines of both players running vertically down the card.

Al Kaline's card in 1960 Topps is a beautiful piece of cardboard. Collectors looking for a challenge can try for the pricey Venezuelan variant. Venezuelan versions of the Topps base sets started in 1959 and continued through the 1960s. The 1960 Topps and Topps Venezuelan cards have few differences outside of the fact that the Venezuelan cards have less gloss on the fronts and the colors appear softer or duller. Although this rare Kaline card can be very tough to track down, his main Topps '60 card is not. 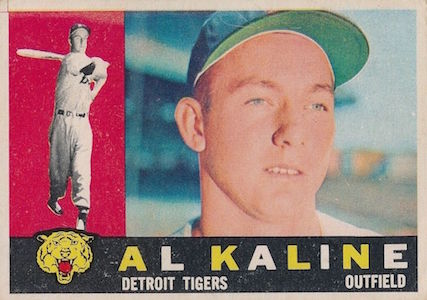 Offering another rare Al Kaline variation, 1958 Topps is one of the great releases from the early days of Topps. The vast majority of cards printed in this product feature the player's name in white type across the top of the card. However, Topps placed a few color variations in the set which are highly sought-after cards. Most of these simply change the font color on the front from white to yellow, as is the case with the Al Kaline card. However, a few other cards in the set alter the background color as well. The yellow variation for Kaline commands a significant premium in terms of price, especially for high-grade copies. 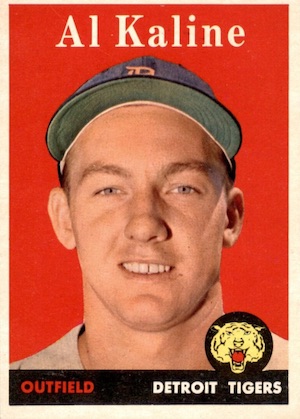 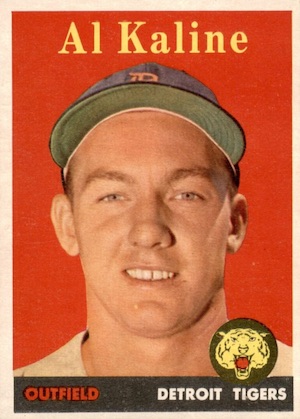 1955 Bowman is an iconic baseball set with a nice second-year card for Kaline. The product is full of Hall of Fame options and is one of the most popular years for vintage collectors. These oversized cards are hard to find in mint condition due to the fact that the edges of the cards chip easily and the centering is often less than ideal. 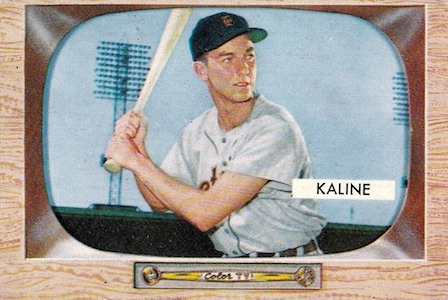 Al Kaline is one of three Cooperstown residents to have a rookie card in 1954 Topps along with Hank Aaron and Ernie Banks. While Kaline's first year was the worst of his career, his debut baseball card in the 1954 Topps set is easily his best. Although some of the early-'50s Topps sets featured short-printed rookie cards, the company did away with the concept for 1954, making the Al Kaline rookie card a little bit easier to find. 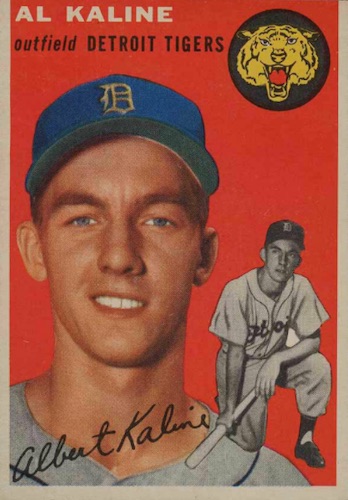 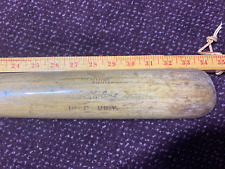 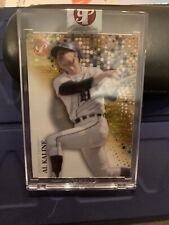 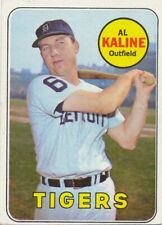 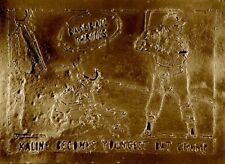 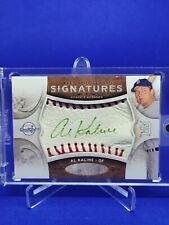 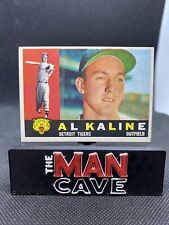 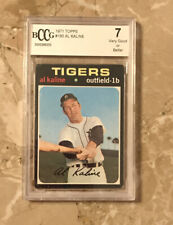 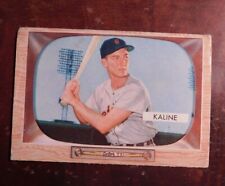 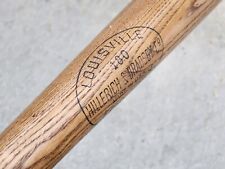 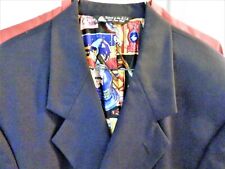 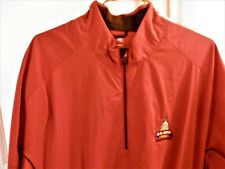 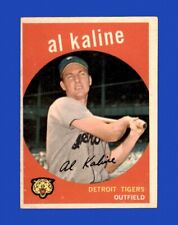 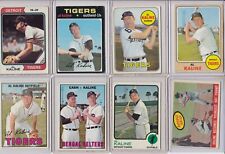