2010 Topps Sideline captures the Coaches who have shaped the game of "modern gladiators". With names like Lombardi, Walsh, Belichik, Sideline is the ultimate product for fans of the larger than life leader's of men who stroll the sideline every Sunday afternoon. 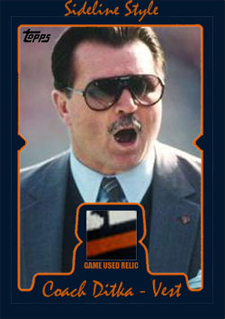 Description:
2010 Topps Sideline is the ultimate Football product for those who love the strategy of the game. Sideline captures the Coaches and Coordinators who have shaped the game of Football and the current & future coaches who hope to one day re-shape the game of modern gladiators. From Bill Walsh to Rex Ryan, Sideline captures the battle of chess on grass known as Football. 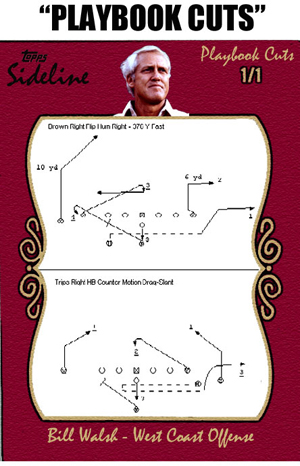 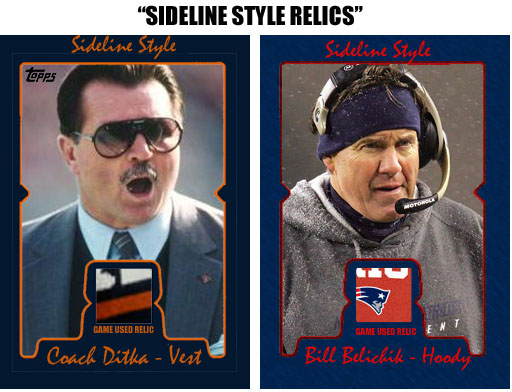 *This is not a real product, it's a fictional product I wish existed.


Latest Articles From This Section

Would you include a Denny Green “windbreaker” relic in the Sideline Style set?

@steve hau: Most definitely, lets just say there might even be a drumstick relic from the intro of the “Denny Green Show”.