A Premier League standout, Steven Gerrard put forth legendary careers for both Liverpool and the England National Team. Choices are fairly limited, but there are still multiple Steven Gerrard cards to collect.

After entering the Liverpool Academy as a nine-year-old, Steven Gerrard spent his entire career with The Reds. Gerrard signed his first professional contract with Liverpool in 1998 and joined the national team the following year. Nearly two decades later, Gerrard remains one of the most decorated players in Premier League history and a storied figure for Liverpool.

Gerrard retired from the national team in 2014 and ended his career with Liverpool in 2015. Similar to other soccer greats, including David Beckham, Steven Gerrard took his talents to the MLS to finish out his playing career.

Low-end stickers and game cards are the most common options from Gerrard's Liverpool days, but several standouts are available, including a handful of autographs.

The earliest option for Steven Gerrard is a sticker card. Part of the update set, these simple cards showcase a youthful Steven Gerrard and rarely surface. 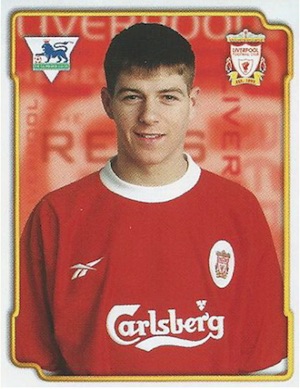 As one of the first traditional cards for Steven Gerrard, the 2000 Futera card is popular but quite limited. The card is found in the Liverpool Fan's Selection release. 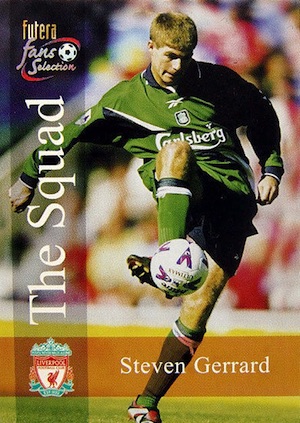 Another key early card for Gerrard, 2000-01 Topps Premier Gold relies on a large action image and blurred background. These are also tougher to track down. 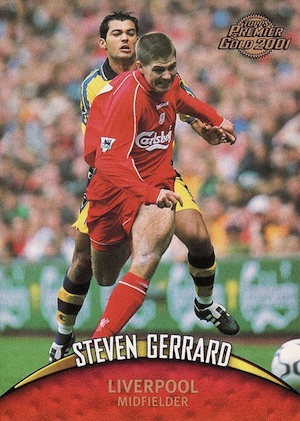 Offering one of just a few early autographs for Steven Gerrard, the signed Futera cards are further bolstered by on-card autographs. However, the airbrushed jersey gives the card a generic feel. 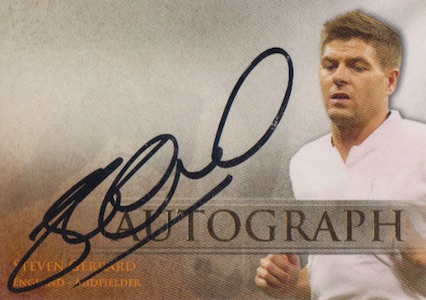 Included in the fairly stacked 2013-14 Topps Premier Gold autograph checklist, this Steven Gerrard card features a sticker autograph and several limited parallels, including Gold (#/50) and Orange (#/25). One major positive is the Liverpool jersey. 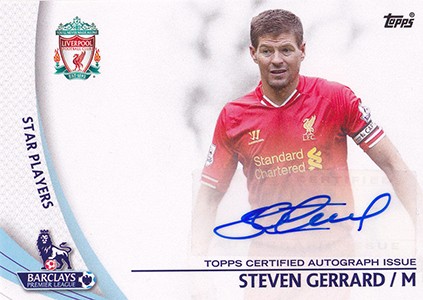 Another instance of an airbrushed jersey for Gerrard, 2014 Panini Prizm World Cup was one of the biggest products of the year. The autograph checklist is deep with global stars and Steven Gerrard is an appealing choice for collectors. There is also an additional signed card that pairs him with English great Bobby Charlton. 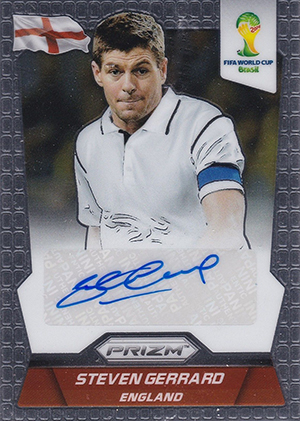 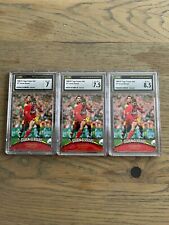 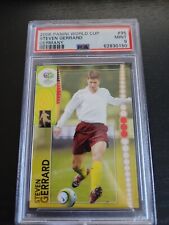 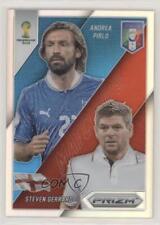 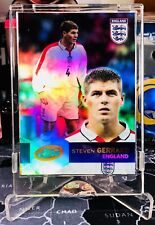 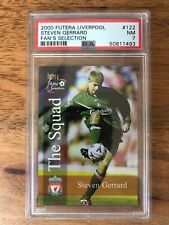 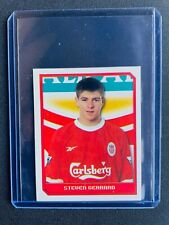 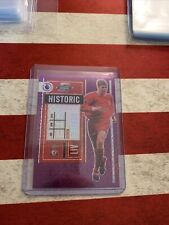 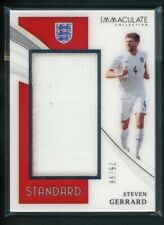 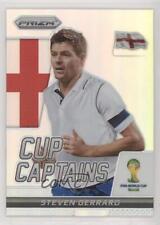 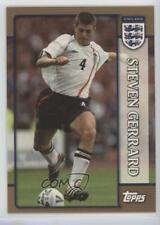 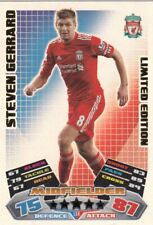