Derrick Rose has led the Chicago Bulls to the #1 seed in Eastern Conference and is the odds on favorite to win the 2010-11 NBA MVP award, now the star point guard will grace the April 18th cover of Sports Illustrated.

The theme of the upcoming Derrick Rose issue revolves around the NBA's evolving usage of smaller, perimeter players as offensive catalysts, rather than the beastly post players that ruled the paint for years. 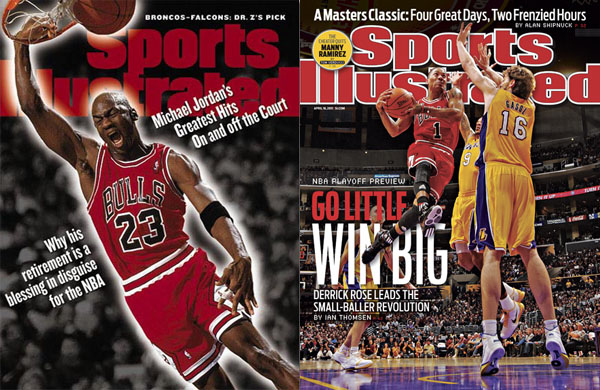 Sports Illustrated for Kids SI For Kids NBA Basketball STARS A - I YOU PICK
$3.99