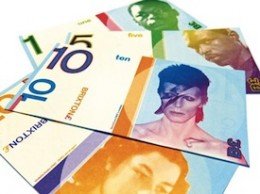 Athletes are immortalized in many ways, including statues, plaques and iconic moments from their careers. Although in no way on the same level of a Babe Ruth, Willie Mays, Joe Montana or Michael Jordan, Luol Deng may have achieved the highest honor by his inclusion on “complementary currency" in Brixton, England. The legal tender features an image of Deng on a colorful 5 pound note.

As reported by Business Insider, the bills also feature activist Lenford Kwesi Garrison on the 1 pound note, WWII secret agent Violette Szabo on the 20 pound note, and David Bowie on the 10 pound note.

Deng was born in Sudan and moved with his family to Egypt and then to Brixton, UK. He was drafted by the Phoenix Suns in 2004 but was immediately traded to the Chicago Bulls, where he has spent his entire career.