When I first started collecting sports cards, group breaks didn't exist. My re-introduction to the sports card world happened earlier in 2012. I spent a $50.00 WalMart gift card I got for Christmas on a couple blaster boxes of 2012 Topps Series 1 Baseball. Since then, I have become consumed with the hobby that enthralled me as a child. However, this time around I am spending hundreds of dollars online per purchase instead of a dollar or two at my local gas station. And I'm looking even bigger.

The quality of the cards, and this new thing called a hit, has put me shoulder-deep back into collecting. Even though I like the accomplishment of putting together base sets, the hits are what keeps me dropping money on hobby boxes. Hits are guaranteed. It says so right on the box.

To go one step further, I was introduced to Chad Redfern, or TheTruth17 as most know him on BlogTV, by my buddy Bryan. Bryan works at a card shop on the weekends and has never stopped collecting cards since childhood. After watching Chad open case after case and pulling hit after hit, I soon realized that having the cards is nice, but opening the cards is what I like the best about the hobby. So I thought, "Why don't I do that?"

For my first group break, I looked at various websites, trying to find the cheapest case that had some quality to it. I discussed my ideas with several different collectors I have met in the past six months, but most ideas were shot down for various reasons that I had not realized.

Here are some things that I learned, though.

Rule 1 - Pick the Right Product for Your Group Break

Make sure to break a case of something that enough people will be interested in. It was suggested to me that 2012 Topps Allen & Ginter would receive plenty of interest because it was a new release and it that has been a very popular product in the past. The decision was made in mid-June, just about a month before the release date, that Allen & Ginter would indeed be my case break, and the process started.

Your case break format is also extremely important. Most case breaks that I have watched or participated in had teams either assigned randomly or by drafting. Even though I like these methods, I found it would be hard to sell a random break to people that do not know me.

So instead of a random break, I decided on tier pricing the teams. The more desirable teams and non-baseball pulls cost more than the teams few people are interested in or have lesser hits. Any unsold teams from my initial push would be sold elsewhere online.

To move your case break slots, you have to make a good reputation for yourself.  Even though my eBay Feedback is perfect, that still isn't enough for most people. Group breaks are a different beast, so eBay feedback shouldn't be enough.

After completing a successful group break, I hope to gain a strong reputation that will allow me to sell all spots in future breaks simply through word-of-mouth.

You are now a salesman. Advertising your case break as a newbie is not necessarily hard, but it is time-consuming.  I wrote a post for my blog explaining my process and the expectations of the break, as well as the pricing per team. This was all easy. Getting people to visit the blog was more difficult. For that, I turned to social networking and friends. Tweeting out advertisements with the link to my site several times a day helped. Getting retweets from followers that are more established in the field helped even more.

The other aspect of selling is fielding questions from potential customers and being flexible. Initially, I was keeping shipping costs low by sending out only the hits and one copy of each team's card pulled from the break.  Several buyers asked if they could get all the cards. For 2012 Topps Allen & Ginter, this was especially true for the guys that bought the Nationals and Rangers. So with a small increase in shipping costs, I agreed to send out all the cards. I think this flexibility, along with pricing discounts for multiple teams has really helped me sell more teams and encourage participants to spread the word.

Rule 4 - Be Prepared to Lose Money

As my first break drew near, I still had several spots to sell. As a result, I hadn't collected enough money to pay for the case, let alone shipping charges, packaging, and PayPal fees. When I decided to start this process I was prepared to absorb the cost and cards of the unsold teams. My plan was to post some of the cheaper teams at a discounted price in a last-ditch effort to move them. For the more expensive slots, I would claim them as my own and hope to sell what I pulled to recoup the cost. This seemed like a better gamble than selling them at a price that would leave me in the hole.

In retrospect, the three-plus weeks of time leading up to the break were not what I expected. I worked hard to upgrade my video setup at home to ensure a great broadcast on BlogTV for the break. I spent a lot more time pounding the pavement than I initially expected. Talking to people about the break was also time-consuming.

In the end, though, I am more excited about opening an entire case of product than I ever thought I’d be. In fact, I am already planning a couple more breaks for the next month, but I want to complete the process with 2012 Allen & Ginter first before committing to another. 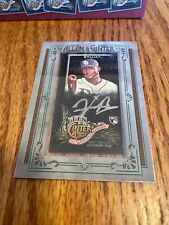 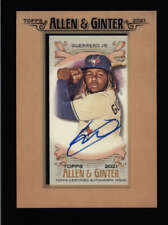 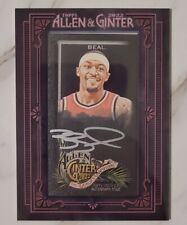 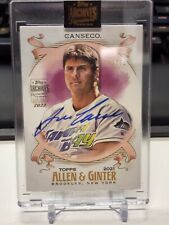 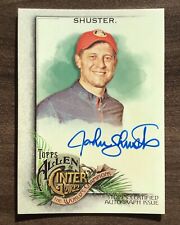 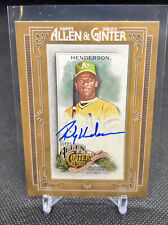 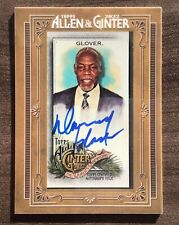 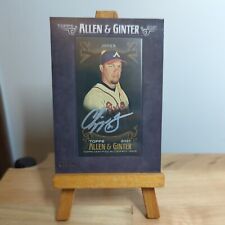 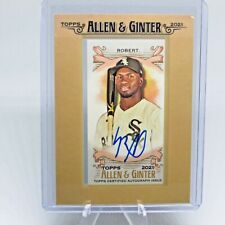 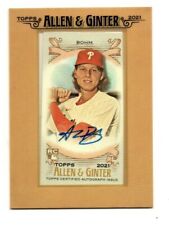 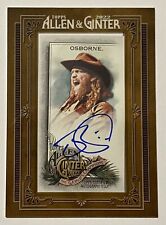 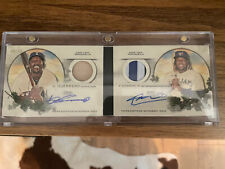 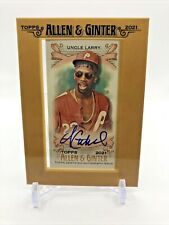 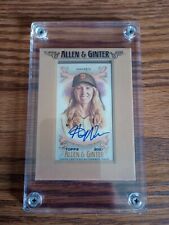