Dawson's Creek took teen drama to another level and the Funko Pop Dawson's Creek figures pay tribute to the 1990s/2000s series with vinyl options for the primary stars.

The title character, Dawson, rocks his hair back with a gold chain visible because his button-up shirt is left unbuttoned. Joey has her sleeveless plaid shirt tied up at her stomach with jeans and white sneakers. There's also Pacey in a light gray ensemble, standing with some teenaged angst on display, and the fashionable New York transplant, Jen, wearing a black top and patterned skirt.

Debuting in 1998, Dawson's Creek celebrated its 20-year anniversary in 2018. The WB show covered the high school and college years for the four main stars during the six-season run. All four have since gone on to have very successful careers but this was the breakout role for everyone except Joshua Jackson, who first made his name in The Mighty Ducks.

Reach out if you see any additional options from the Pop! Television set. 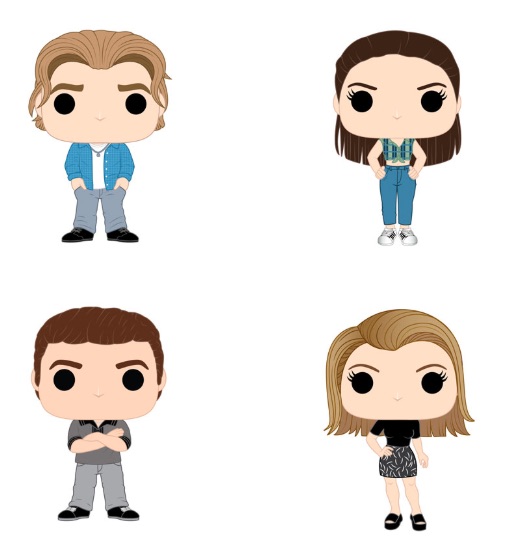