Errors aren't that uncommon in the hobby. It seems like nearly every set has some sort of typo, wrong photo, inappropriate gesture or some other sort of whoops moment. The majority disappear into obscurity. However, some take on a life of their own. One of the most infamous of the modern hobby is the 1990 Topps Frank Thomas No Name on Front. 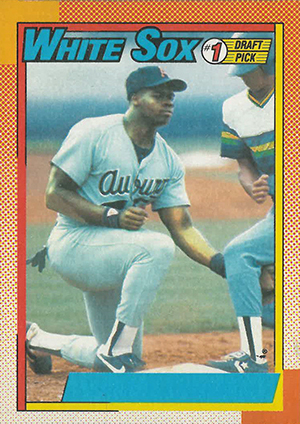 While there has never been a definite reason or source of the error, it continues to command huge amounts on the secondary market. 2015 Topps Archives Baseball revisits the error 25 years later with an ultra-rare parallel for the 1990 #1 Draft Picks inserts.

Exclusive to hobby packs, the 2015 Topps Archives 1990 #1 Draft Picks No Name on Front cards are very tough to pull. They are inserted 1:1,008 packs. That translates into 1:42 hobby boxes. With 15 cards in the set, there aren't many of each card. That said, they're not serial numbered and Topps hasn't released specific print run info on the cards. 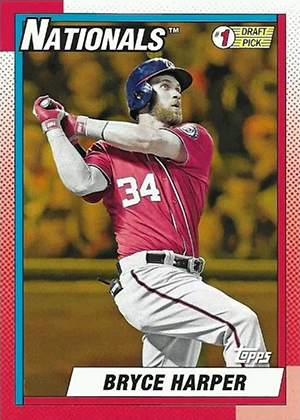 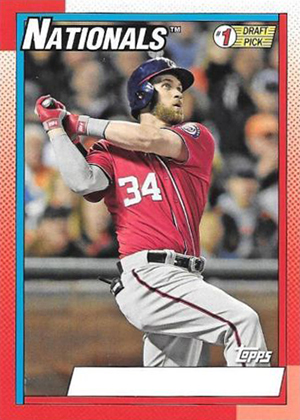 Just like the original Frank Thomas error, the 2015 Topps Archives 1990 #1 Draft Picks No Name on Front look just like the regular inserts except the name has been removed from the front. 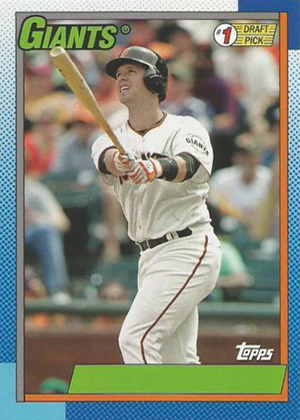 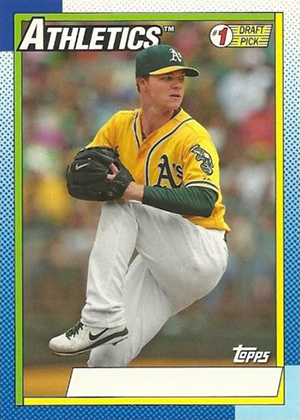