For some, funny trading cards feature bad hair and giant beards from the 1970s. For others, funny trading cards are those that are meant to be, like Garbage Pail Kids and Wacky Packages. For me, the cards that make me laugh hardest are the ones that are a bit naughty but don't set out to be.

Growing up, a part of my rebellion was listening to a rap group called 2 Live Crew. Their gimmick, at least in my 11-year-old mind, was that they swore a lot and sang about things my mom wouldn't approve of. Not only did they like choice four-letter words, but the lead singer was giving the finger on the cassette's cover. My friend bought the tape and hid it away in his room like it was a stack of dirty magazines. He knew that if his mom caught sight of it, that it'd be straight to the dump for this largely harmless form of pre-teen rebellion. And that's exactly what happened. Although I haven't come across any 2 Live Crew rookies in my day, here's a handful of funny trading cards your mom probably wishes she did throw out.

I would offer a warning that the cards and discussion below deal with things that some parents may want to shield their kids from. However, my guess is that if any kids are reading this, they're probably just going to dim down the screen a couple of notches so mom doesn't catch wind. 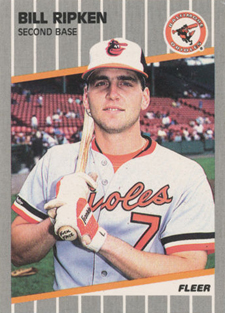 Unless you're new to collecting, you've likely heard all about this card. It's either the funniest oversight in baseball card history or a genius marketing gimmick. This card has become the thing of legend--literally. When the snafu was originally uncovered, hype and novelty were a dangerous mix, driving prices into the hundreds. Few will likely know the real story behind Billy Ripken's infamous bat knob. Ripken says he was the victim of a gag. But maybe the gag's on us.

Because cussing is generally frowned upon on baseball cards, future printings tried to obscure the bat knob. But casual collectors don't really care about those. They want a piece of the legend. Although not as pricey as it once was, it's still a strong seller in the $15-20 range. Grade Mint 9 copies have sold for more than $40. In comparison, Gem Mint 10 versions of the 1989 Fleer Ken Griffey Jr. rookie card go for just $25. 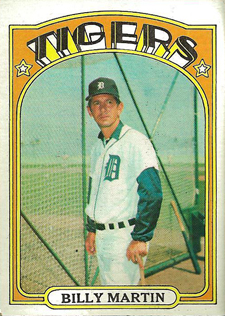 Another Billy, another instance of baseball card cussing. Billy Martin would go on to become a lively managing legend. He gave baseball card collectors a hint in 1972 with his stealth bird flip on the bat's end. Although legendary among collectors with stashes of funny trading cards, it can still be found for under $10. 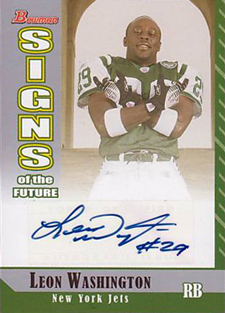 Leon Washington ups the ante on Martin's big bird with a double dose of his own. At least that's what the picture says. Despite that the photo went through first edits, card edits and the process of having autograph stickers applied, nobody noticed that Washington appeared to be telling collectors where to go not once, but twice.

When the media got wind of the card, Washington made a statement saying he was gesturing an 'E' with his fingers, paying tribute to his home on the east side of Jacksonville. Only problem is that two-thirds of the gesture is buried in his armpits, unseen by the camera.

Topps responded immediately, offering a random autograph to those moms who were offended. Apparently some don't like funny trading cards. I doubt many took Topps up on the offer, though. At its peak, the Washington was selling for three figures. The last one to actually sell on eBay went for just a couple of dollars. 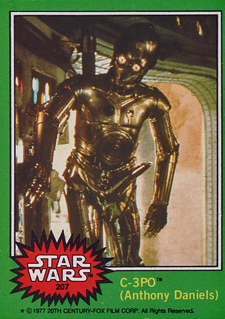 Robots aren't supposed to have feelings, but apparently C-3PO got very excited when he heard he was going to appear on a trading card. A little too happy. Whether the product of a disgruntled employee or a moment caught on camera, it didn't take much of an imagination to guess the droid's gender. Topps issued a corrected version where robot has been fixed (pun intended).

Despite both versions of the card being readily available, the mythology surrounding the obscene version has kept it desirable among collectors. It sells for $15-30. 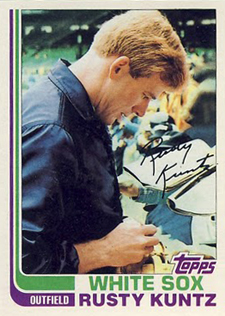 When you look at it, this 1982 Topps Baseball card is harmless. Just a nice ballplayer signing autographs for his fans. If you're at work right now or sitting next to your kids, I dare you to read the name out loud at the top of your lungs. If Topps goes back to the Fan Favorites brand, offering autographs of guys that have followings despite limited on-field success, my guess is that Kuntz would be a popular pick.

Kuntz's cards remain a novelty simply because of his dirty-sounding name. That hasn't translated into values, though, as he remains relegated to common boxes. 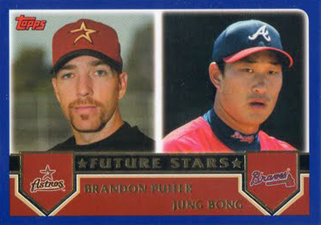 The hobby's version of Cheech and Chong, we've got Bong and Puffer. There is no way this card could have been an "accident." Any card with just one of these guys was going to bring snickers. Slap them together and you've got a common card that's all of a sudden notable, even if for juvenile reasons.

Not much came of either of their careers. In fact, Puffer is currently serving a five-year prison term for burglary and intent to commit sexual assault. Bong appeared in 48 games total with the Braves and Reds before returning home to play in Korea.

Chances are your local card shop will have this card sitting among their commons. 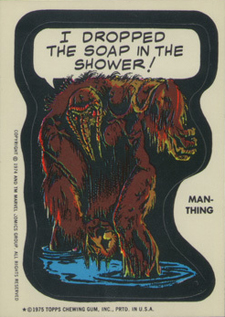 I'm not sure if dropping soap in the shower meant anything else in 1975, but I know it does today. It's for that reason that I both snicker and say, "Oh, my!" under my breath every time I see it. If it existed, it'd be an inaugural inductee into the "Funny Trading Cards" Hall of Fame.

The card comes from one of the most popular Marvel Comics-themed sets of all-time. Ungraded singles generally sell for $1-2. 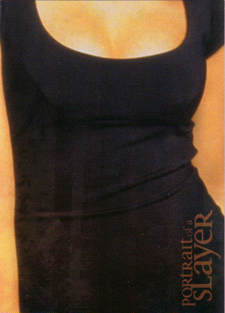 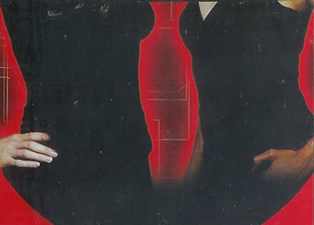 Defunct entertainment card manufacturer, Inkworks, had a formula for most of their releases. One of them was a nine-card foil puzzle insert set. If you completed these puzzles, they looked very nice, especially when you displayed them in pages. Individually, they're strange. Some of Inkworks' most popular sets came from the TV shows Buffy the Vampire Slayer and Alias. Both had very attractive lead actresses. Often, these puzzles would lead to awkward "booby trap" singles that could easily be taken out of context if shown on their own. They're funny trading cards, but try explaining them to your mother or wife.

Have you got some other cards with "accidental errors" that would make your mother blush? 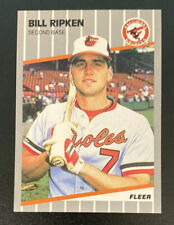 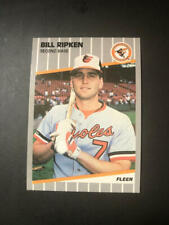 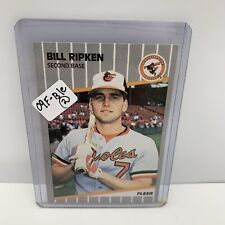 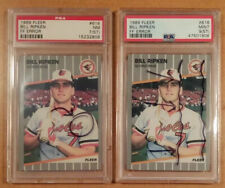 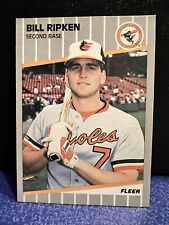 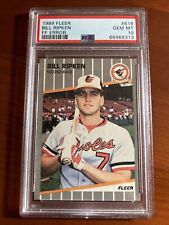 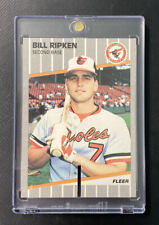 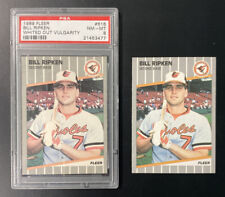 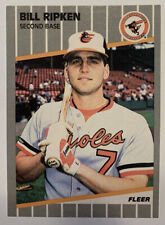 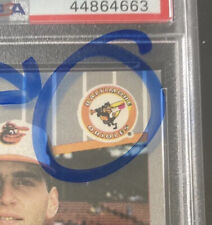 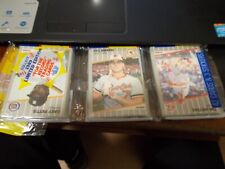 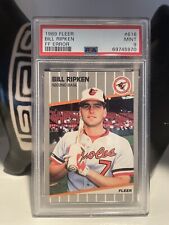 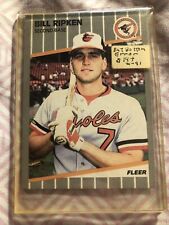 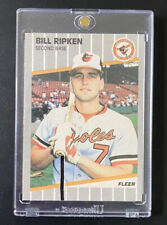 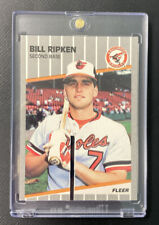 Hahaha!! Man, this was a great post!! I had never seen the Bong Puffer card before. Nice. Inkworks did some VERY adult cards, er, well, Adult Entertainment cards, I should say.

you forgot about Dick Pole

Chubby cox….
You missed sooo many good ones