UPDATE (6/25/14): After sitting online for a few weeks, the Lionel Messi Black Prizm autograph sold for an impressive $13,899. The buyer is unknown. Also, another Messi Black Prizm card has surfaced. The base Black Prizm is currently listed on eBay for $6,999 or best offer.

It took some time to emerge, but the 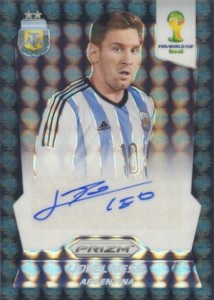 Lionel Messi Black Prizm Autograph parallel has been pulled and listed on eBay. The one-of-one card is similar to the Superfractors that command big amounts in football and baseball, and arguably the biggest card in the entire 2014 Panini Prizm World Cup product.

With the World Cup kicking off a month of soccer festivities, it is an advantageous time for the card to surface. Lionel Messi is the top name in soccer, along with Cristiano Ronaldo, and between the various inserts and base set, there are actually several Black Prizm parallels for Messi, but this is the only one that is signed.

The card is currently listed on eBay for $24,999.99. While this price tag is high, the shipping is free. The seller is currently accepting offers as well, and several have already rolled in.

Additionally, the Black Prizm Net Finders insert for Lionel Messi was also pulled recently and sold on June 11th for $2,300. That still leaves a few Black Prizm cards for Lionel Messi that are unaccounted for, including his Matchups card with Cristiano Ronaldo and his World Cup Stars card. There is also a Team Photos card for Argentina. 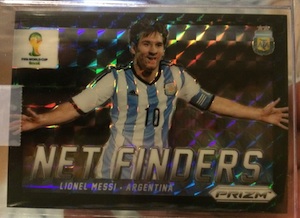 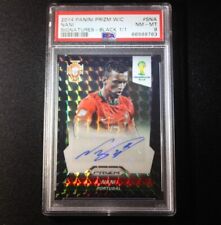 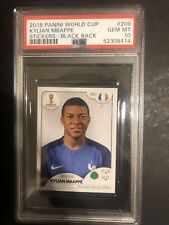 I can’t beleive how much 2014 panini prizm world cup cards are selling for , i guess with baseball, basketball, football and hockey your mostly bidding against north American buyers , but with soccer just like the world cup its a global market, now will the price guides match what people are paying for these cards will people be disappointed? or will the interest and prices for these cards start slowly fading away after the world cup .I hope not!!!

lmaoooo funny reading this comment 8 years later where 2014 prizm is the pinnacle of soccer cards. That messi black auto for $14k looks like a bargain as its most likely worth close to a million now