The 2013 Rittenhouse Valiant Comics Preview Set provides some pop. At the same time, it points towards the possibility of bigger things both for the card line and the comics publisher.

After laying dormant for several years, the Valiant comics line was relaunched in 2012. It brought back the likes of X-O Manowar, Archer & Armstrong, and Bloodshot. They may not be the heavy hitters like Batman, Spider-Man and Superman, but the Valiant Universe has a solid character foundation.

The 2013 Rittenhouse Valiant Comics Preview Set has nine base cards. The list is small, but it centers on the biggest names Valiant has to offer with vivid comic art. 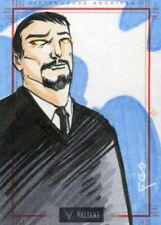 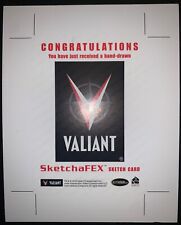 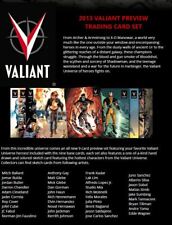