2013 Press Pass Football is one of the first sets out of the gate to include the 2013 NFL Draft class. Led by lots of autographs, the release targets prospectors looking for not only some of the first pro autographs from incoming rookies, but reasonably priced ones as well.

The 2013 Press Pass Football base set is a very reasonable 50 cards. They all have four parallel versions. Collectors will find one Gold card in every pack. Holofoil come numbered to 299. Both Proof Edition (#/100) and Solo (1/1) parallels are exclusive to hobby packs. 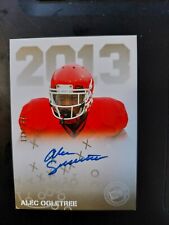 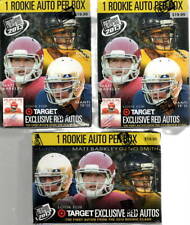 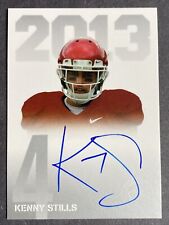 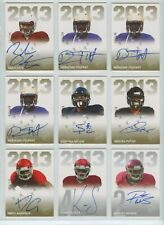 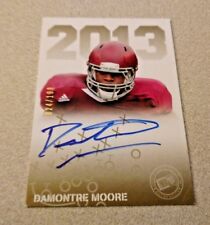 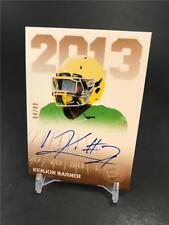 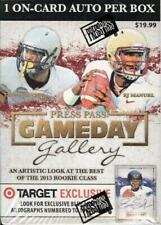 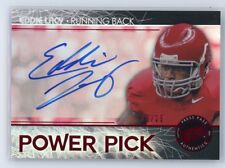 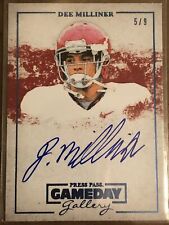 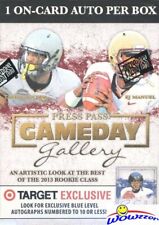 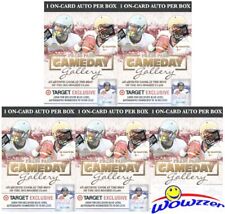 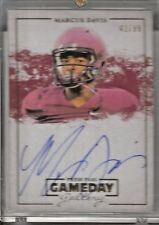 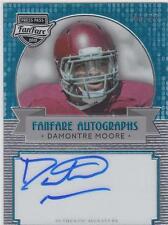 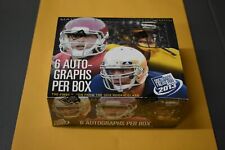 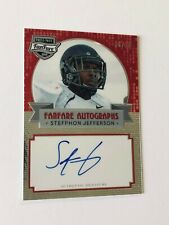 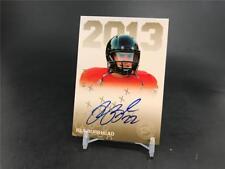 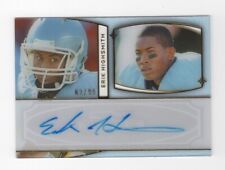