The recently released 2011 Goodwin Champions set from Upper Deck offers collectors a product full of unique cards from a variety of sports. Base card variations have emerged, with Upper Deck releasing specific information on several of them.

One of these variations involves lighting and is rather rare. Inserted approximately one per case, the lighting variation simply replaces the normal background with a darkened sky, interspersed with strikes of lighting. The full checklist for the 11-card set is listed below:

Another variation centers on a photograph that captures the meeting of Lou Brock and Jimmy Carter. The image of Lou Brock was used for his standard card but the "Reveal Variation" has the image of both the Hall of Famer and the President. The rare card falls one in six cases.

For further reading, we count down our ten favorite 2011 Upper Deck Goodwin Champions autographs in this article. 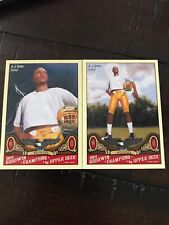 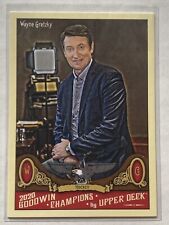 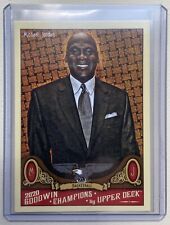 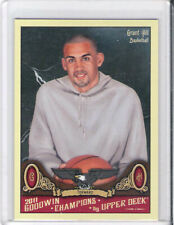