Last season in one of my keeper leagues I took some heat for taking Ray Rice over Matt Forte and Pierre Thomas. I had the #4 pick and my keepers were Adrian Peterson and Andre Johnson, suffice to say there was value on the board when my pick came up. Sure, I could have drafted Matt Forte even though I liked Ray Rice way more, but I didn't want to get stuck in a situation where I would be trying to package together Forte and a few other players to get Rice later on when I could just get my guy at the draft.

Everyone at the draft thought I reached on Rice, but I felt without a doubt that Ray Rice was going to have a better season than Forte or Pierre Thomas so I drafted him. On a side note, Pierre Thomas is the single most overrated Fantasy Football Player of all-time, I have never understood what they people see in him??

Several rounds later I drafted Matt Schaub with some big name QB's on the board, a few people in the room snickered as they glanced at their boards (magazines). But like Rice, I had Schaub projected as a Top 5 QB so I drafted him.

The moral of the story is that if you are willing to put the time into your boards, you can go into a Fantasy Football draft with confidence and peace of mind. Over the years, when I have gone against my boards, I have ultimately made the wrong decision.

Like in the NFL, you draft the player you have highest on your board when your pick comes up. That's what preparation is all about! Fantasy Football leagues aren't won on the waiver wire, they are won at the draft. If you put the time into your boards, you will have a winning team.

Too many people focus on drafting trade value and end up with a junk heap that they now have to figure out how to deal. If someone is trying to pawn junk off on you, simply tell them this isn't Sanford and Son, it's Fantast Football! I'm not saying don't trade, I'm just saying don't be the guy who spends all of his time wheeling, dealing, and relying on players on other people's rosters to be successful.

About 7-years ago, I developed a strategy that I call the "Rotating Board" strategy. It takes a lot of paper, but for those who take the time to do it, I assure you that you will walk away from your fantasy football draft a winner. Basically, the "rotating board strategy requires the following materials:

Then you create a binder for QB's, HB's, WR's, and TE/K/Team D. Once that is done, you will never need an outdated magazine ever again! Next, put each player in their proper binder in the order you have them ranked. Then each day pull out your binders and move players around based upon news from camp or a gut feeling you have. I also like to check out Fantasy sites for player news, if I find one that is relevant, like a coach commenting on how quickly "X" player is picking up the offense, I write it down on the corresponding player profile in my binder.

One of the main benefits of the rotating board strategy is that it gives you time to get over "impulse picks". Impulse picks are the ones in which you jump at a player that given more time to think about you would not have drafted. With the rotating board strategy, you can nearly eliminate the impulse pick. The process of adjusting the rankings in your binders on a daily basis essentially gives you enough time to contemplate where a player belongs. Instead of making the mistake at the draft, you make the mistake in your binder a week before the draft with plenty of time to adjust your boards.

Remember, Fantasy Football leagues are won or lost at the draft. If you walk into your draft with a concrete, well thought out board, your well on your way to a Championship Ring! 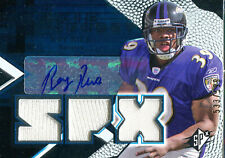 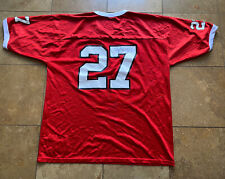 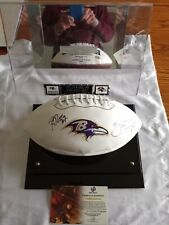 Nice, I was able to print of every player profile at my work yesterday in about 2 hours! I usually suck at Fantasy so I’m willing to give this a go, all I know is I am sick of not being prepared.

@Steve Hau: Haha, you better not blame me when you get fired from work for printing off nearly 200 player profiles!