In late 1977, Burger King and Topps partnered to create a 22 card set of the New York Yankees Baseball Cards. Distribution of the set was limited to Burger King Restaurants located within the Tri-State area. This fairly well known set was given away at no cost to customers that purchased select BK Value Meals. To sweeten the deal even more, BK gave free Yankees Tickets to any kids who collected 5 or more of the cards.

George Steinbrenner went to a local BK to inspect the set that had been printed of his team.  Much to his dismay his favorite player, Lou Pinella, had not been included in the set.  Not one to miss out on an 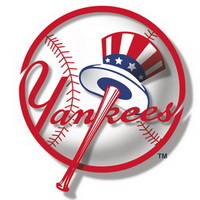 opportunity to speak his mind, Steinbrenner quickly demanded that Topps rectify the omission by printing a 23rd card to the set.  This late edition to the already fully printed 22 card set featured none other then Lou Pinella.  The Pinella card had a much lower print run that the other 22 cards, making it much more collectable and valuable.  Sparky Lyle's gave an entertaining account of the events surrounding the  22 23 card set in his book "The Bronx Zoo":

"George loves Lou and hates it when he doesn't play. Lou is also George's son's idol. Last year when Burger King put out a set of baseball cards with the pictures of the Yankee players on them, they forgot to include Piniella, and George called them up, reamed their ass, and made them print a special Piniella card to add to the set."

The full checklist of the set is listed below: