1970 Kellogg's Baseball is an important issue as far as oddball releases go. It is the first full baseball card set released by the cereal maker. They would continue to do so on an annual basis for more than a decade, creating some of the hobby's most distinct cards in the process.

1970 Kellogg's Baseball is most notable for its 3-D look. They feature a player photo in the foreground. A ballpark background is layered behind. Although the technology was fairly primitive, it is very affective. Card fronts have a baseball icon at the top with the player's last name, team an position. A facsimile signature is on the bottom part of the card. Like most Kellogg's baseball cards, these are smaller than standard-sized baseball cards, measuring 2 1/4" by 3 1/2".

Card backs offer a ton of info, especially when you consider the smaller dimensions. Arranged horizontally, tops have vital player info as well as logos for both the MLBPA and MLB. The bottom two-thirds has complete career stats and a short bio.

1970 Kellogg's Baseball has a 75-card checklist. While there are a lot of common players, the oddball set also has several Hall of Famers. Willie Mays, Roberto Clemente, Pete Rose and Ernie Banks are among the highlights. The set also has Reggie Jackson, which is a second-year card.

Unfortunately, 1970 Kellogg's Baseball cards are prone to damage. Because of their thickness, corners and edges are normally okay. However, the plastic often curled if not stored properly. This resulted in lots of cards cracking. Cracked cards are much less desirable to most collectors and sell for a lot less. 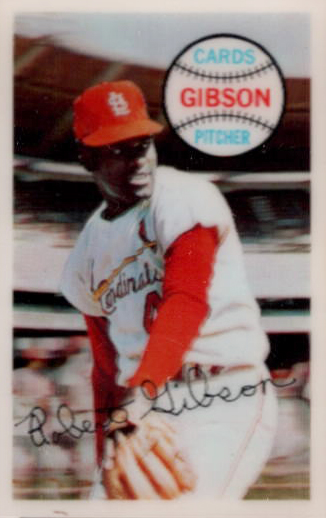