While Wheaties may be the most respected and recognized connection between athletes and food, the cereal is far from the only one. In fact, there are lots of sports food endorsements.

Thanks to their packaging, some can be considered collectibles. For those who are considering adding these pieces to their collections, remember you're dealing with food. Emptying the container isn't a bad idea, even if it is no longer in mint condition. Should a jar of Pedroia Black Bean Salsa hit the floor and break in 2022, the results may be ugly. It's doubtful you'd want you child to break into a Pete Rose energy bar from the 1970s. Free the food, save the wrapper!

Here are 16 sports food and snack endorsements that take the oddball memorabilia hunt to new levels.

Before it was a Saturday morning cartoon, Pro Stars was part of a balanced breakfast. With Wayne Gretzky (and his lovely locks) as its pitchman, the cereal was popular in many Canadian households.

Hulk Hogan always told his Hulkamaniacs to say their prayers, eat their vitamins and drink their milk. WWF Superstars cereal may have taken things a little too far. With boxes featuring Hogan and the Ultimate Warrior, Ralston showed kids what a healthy breakfast (and a little juice) could do to your arms. The Road Warriors also appeared on one of the box designs. 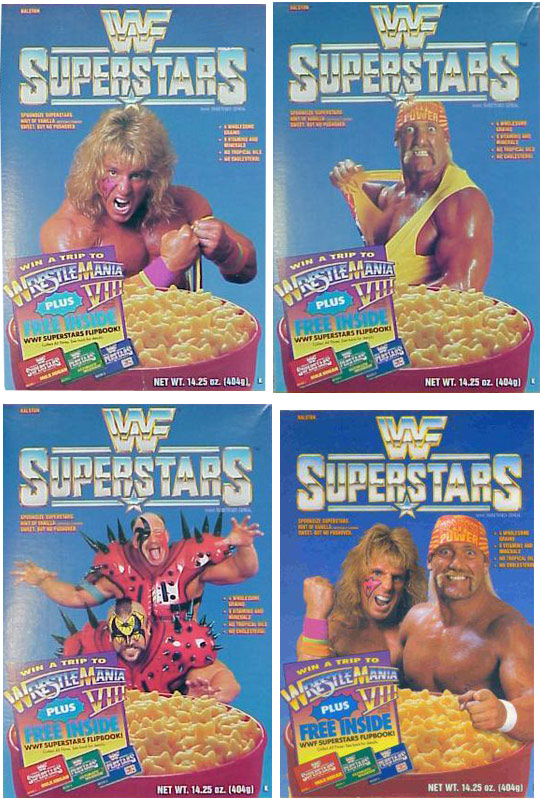 VottO's is the latest addition to the list of athlete-endorsed novelty cereals. With a box painted by Kevin-John, the Joey Votto cereal looks an awful lot like Cheerios. Distributed in Cincinnati at Kroger stores, perhaps it's the cereal box and not his massive contract extension that have really mark Votto's spot as a true baseball superstar. 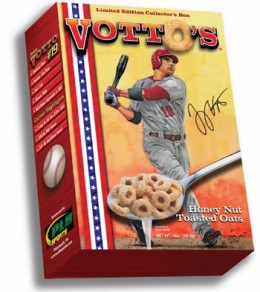 Not to be outdone by VottO's, Justin Verlander has Fastball Flakes. Hopefully the athlete endorsement adds a little flavor to an otherwise drab Corn Flakes-inspired cereal. 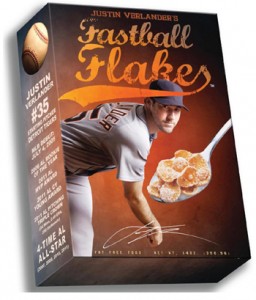 Released in 1998, Flutie Flakes were hugely popular in Buffalo, piggybacking from Doug Flutie's success with the Bills. They're still the benchmark against which other modern athlete-endorsed foods and cereals are measured. Proceeds from the cereal went to the Doug Flutie Jr. Foundation for Autism. 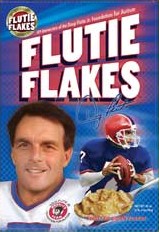 According to this 1970's snack, the Pete Rose Supercharg'r Energy Bar was "nature's answer to candy." That sounds more like something Barry Bonds would say to the courts.

Released in 1989 by Pacific Trading Cards, this confectionery delight is one of the hobby's strangest "rookies" of all-time. The pure chocolate bar came with some basic stats on the back of the wrapper. Licensed by MLB, the bar came with both blue and yellow wrappers. There are also a pair of promo cards promoting the candy. 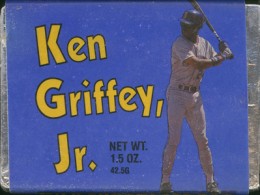 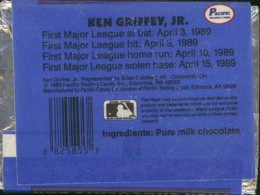 Released in the early-90s by Latin Foods International, it asked us to taste the power. In an article announcing the bar's release, Canseco's agent Jeff Borris said, "Jose's bar will be around for centuries, long after he's no longer in baseball." Thanks to collectors, his prophecy has come true.

Released in 1993, the Reggie! Bar, not only came with a cardboard-tasting treat, but baseball cards as well. Each came with one of three Upper Deck Reggie Jackson cards. If you wanted to play a mean prank on a co-worker in 1993, you'd give them a Reggie! Bar. If you gave them one today, the chocolate bar probably hasn't changed much. 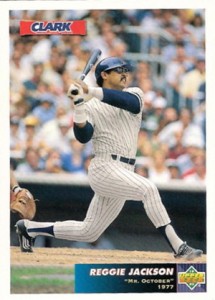 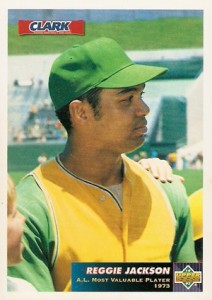 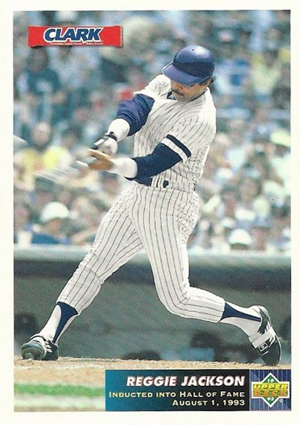 This may be the only time the word 'sacked' has been used to market a food product.

For a while, ice cream bars were the main source of wrestling cards for collectors. Last summer, CM Punk reminded us of the treat, making them a part of his on-screen demands for signing a new contract. Each ice cream bar featured the image of a different superstar. 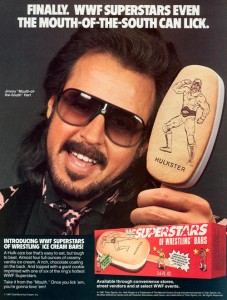 Even with Michael Jordan's picture and facsimile signature as selling points, Hang Time Gum wasn't able to overtake Big League Chew as the king of the shredded gum market. From a collectibles standpoint, the backs of the gum pouches do have some excellent Michael Jordan action shots. 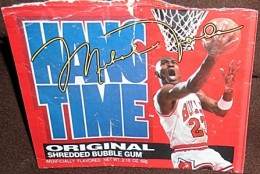 In 2010, Red Sox superstar Kevin Youkilis lent his name to some beef jerky. Claims of low fat and high protein mean nothing when the food looks like a frightening mix of cat food and bacon. 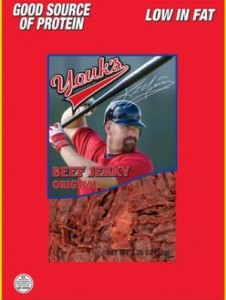 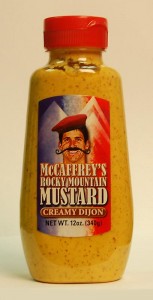 Available in mild, medium and hot, it's doubtful you'd let your daughter date anyone who looked like the gentleman on the front of the jar. 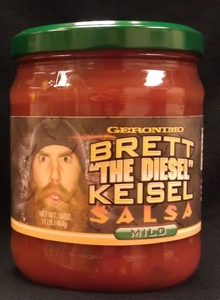 A lot of kids grow up dreaming of winning the MVP and the World Series. I wonder if Dustin Pedroia dreamed of being a salsa pitchman? 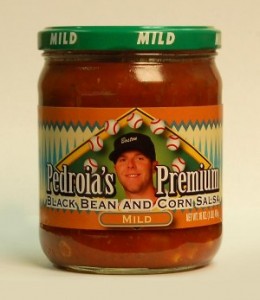