The dangers of buying fake sports memorabilia are not confined to online retailers with limited sales and low positive feedback scores. What? A feedback score of 33 percent from three buyers? But he's selling an authentic Strasburg game-used jersey from two weeks ago. Even though he's on the disabled list. What a deal! High-dollar memorabilia from well-known collections and respected auction houses can also be suspect.

Case in point,  New York attorney Corey Shanus brought suit this summer against Robert Edwards Auctions, LLC (“REA") and Robert Lifson (Owner and Managing Member of REA) for allegedly selling him fake sports memorabilia. From the complaint filed in this case, it seems that between 2002 and 2009, Shanus made a number of purchases from REA and MastroNet, another company owned by Lifson. These purchases included an 1861 Grand Match Trophy Baseball, which MastroNet called a “spectacular trophy ball from the earliest days of organized baseball" that “found a home in the fabled Barry Halper collection."

Shanus paid $60,861 for the 1861 Trophy Ball. Yes, that ball probably cost more than your car or, possibly, both of them that are in your garage.

But wait, there's more. Shanus also purchased an 1853 New York Knickerbocker Trophy Ball, which MastroNet described as the “earliest known trophy ball in existence" and, “in our opinion, simply the finest and most historically significant trophy ball in existence, let alone to ever be offered at public auction." Shanus paid $161,992.45 for it.

Think about that. For the price of a home mortgage, you could have, wait for it, a trophy ball. Shanus also purchased additional high-end items, including a Silver Trophy Ball from REA for $105,000.

Most of the items Shanus bought were allegedly part of the Peter Nash collection. However, several red flags about that collection prompted REA to hire Professional Sports Authenticator (PSA) to inspect the items in 2006. After two weeks, PSA concluded that a number of items in the collection were fake.

In 2009, REA auctioned off a number of these Nash pieces and included the following disclaimer, “‘The Collection' is sold ‘AS IS' and with all faults. The sale is made without recourse. ‘The Collection' includes items that may be authentic in part…." It doesn't take a lawyer to read between the lines of this warranty.

Shanus saw the warning and became concerned about the validity of the Nash pieces he'd bought before the disclaimer was added. He consulted Lifson, who responded there may be potential problems with certain items from the Nash collection, and that there “might be questions as to the authenticity of items that Lifson had previously obtained from Nash." Shanus then had forensic tests performed on his items, which confirmed they were indeed fakes.

To put things into perspective, if you feel sick that your house is no longer worth what you paid for it because the economy isn't doing so well, you can keep faith in the fact that your house still has value. The value of a fake trophy ball, however, is a lot closer to $0. A house that's dropped in value can still be lived in. A fake trophy ball, besides being presented as evidence at trial, can be used as a really tacky doorstop.

For example, the complaint references that the 1861 Trophy Ball, before it was part of the Nash collection, was part of the famed Halper Collection. For those who don't know, Barry Halper had one of the most prolific sports memorabilia collection in existence. He even contended that his collection was better than Cooperstown's. The Hall of Fame even acquired a number of items from the Halper Collection including what was believed to be a "Shoeless" Joe Jackson uniform.

Unfortunately, experts have started to contend that a number of these items, including the "Shoeless" Joe Jackson uniform, were fake [Editor's note: While there may be a lot of truth in the article, it should be noted that Peter Nash wrote the linked Halper article while having ongoing litigation with Halper's representatives]. The Hall of Fame even conceded the Jackson uniform was not authentic and it has since been removed.

These recent stories highlight a serious concern with the sports memorabilia market. If the most prolific collectors (Shanus) can be duped, and if some of the most iconic collections (the Hall of Fame, for crying out loud) contain fakes, what can us mere mortals do to protect our collections?

As I wrote earlier, for any purchase, use common sense. If it's too good to be true, it is. For high-end merchandise, use your own independent authenticator prior to purchase. Additionally, for both low- and high-end memorabilia, there are a number of legal remedies if you find you have purchased fraudulent items. Most reputable sellers and auction houses will offer your money back (for a limited time) if you can prove the item isn't authentic.

However, if you feel bad about your purchasing a fake Babe Ruth autographed baseball for $50, look on the bright side. It still has more value than a fancy fake trophy ball because at least you can still play catch with it. 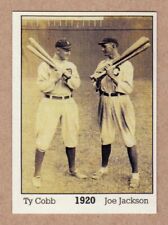 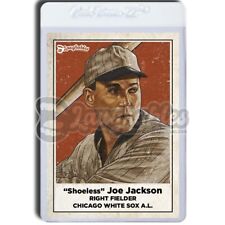 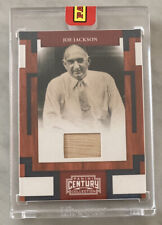 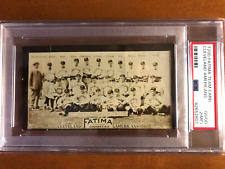 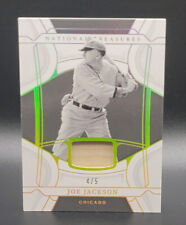 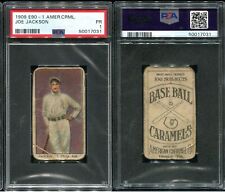 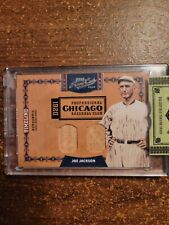 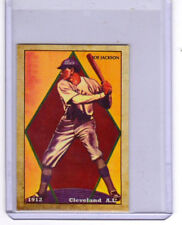 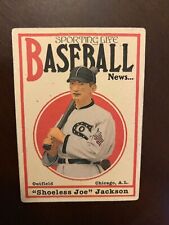 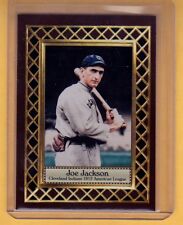 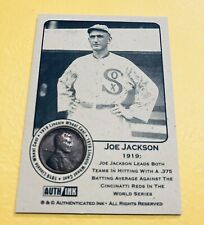 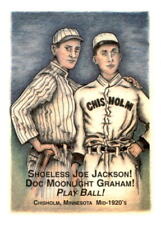 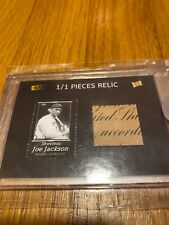 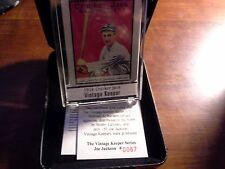